Toronto R&B-pop singer Ali Gatie bears his soul on his lovesick new EP, The Idea of Her. The 10-track set drops alongside a video for “Do You Believe” with Marshmello & Ty Dolla $ign, one of two major collaborations on the project. To celebrate the release, Gatie will be live-streaming an exclusive performance on April 8/9 in partnership with premium digital live platform Moment House. Tickets are available HERE.

On The Idea of Her, Ali Gatie sounds both full of hope and as vulnerable as ever. Through moving stories and metaphors, he explores the endless rollercoaster of emotions that being in (and out of) love brings. “The opening song is as beautiful and joyful as can be, and then ‘Can’t Let You Go’ is as sad and hopeless as it gets,” he explains. “It’s about love as a whole—the type of love that takes a day to happen and the type of heartbreak that takes years to recover from.”

Throughout, Ali expands on his stripped-down sound, singing in his native Arabic for the first time on the heavy-hearted ballad “Can’t Let You Go,” duetting with rising singer-songwriter Tate McRae on “Lie to Me,” and spreading his wings with Marshmello and Ty Dolla $ign on the upbeat anthem “Do You Believe. “This song started as a ballad for me,” he says. “I loved the idea of a song about running away and choosing love over everything. After finishing it, I felt like a song about believing in the power of love should feel more anthemic and heroic. That’s why I decided to collaborate with Marshmello and Ty Dolla $ign.” Watch the video HERE.

Such co-signs are a natural step for the Toronto talent who has built his devoted fanbase (the LISNERS) via songs that hit hard—and hit home. The Idea of Her comes on the heels of Gatie scoring three nominations for Canada’s Juno Awards (Artist of the Year, Album of the Year for YOU, and Fan Choice Award). It also adds to his growing list of lovelorn hits, including the RIAA Certified Double Platinum breakout “It’s You,” “Running on My Mind,” “If I Fall in Love,” and “What If I Told You That I Love You.” In less than three years, he’s surpassed 3.5 billion global streams, while racking up over 19 million streams a week and 11 million monthly listeners on Spotify. Even with a sold-out world tour and Coachella slot put on hold, The Idea of Her is proof that Gatie is still ready to make an impact on LISNERS everywhere.

“Gatie’s music is unapologetically romantic and honest, injecting smooth vocals with vulnerability into his songs.” – VARIETY

“[Ali] has been on a rocket recently, shooting up in cred and streams.” – COMPLEX

“A surefire way to wind up in your feelings forevermore.” – NYLON

“Canadian artist Ali Gatie has been making a lot of waves as of late and for good reason. His brand of smooth hip-hop and r&b has become a huge hit amongst fans and he continues to drop tracks that are emotionally honest and intelligent.” – HOTNEWHIPHOP 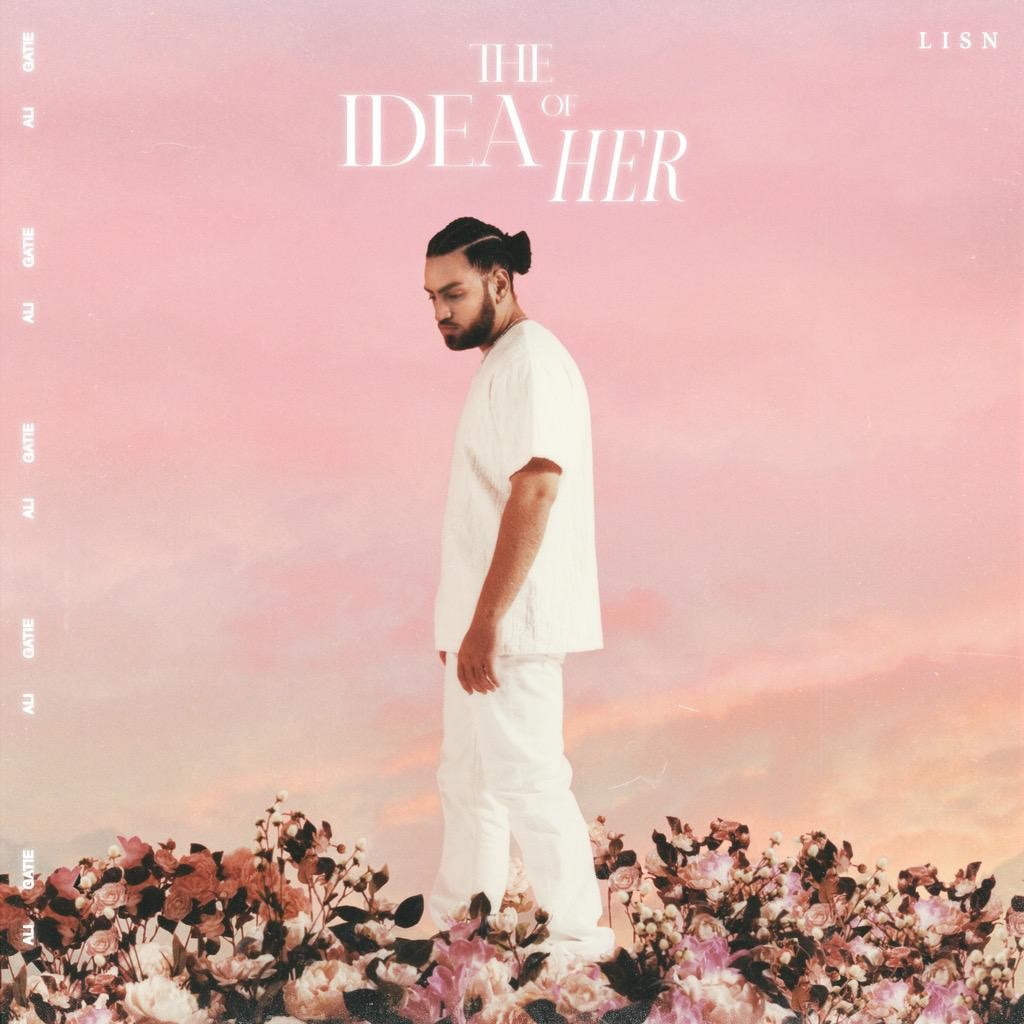 THE IDEA OF HER EP TRACKLIST:

Do You Believe with Marshmello & Ty Dolla $ign

Lie to Me with Tate McRae

What If I Told You That I Love You

Running On My Mind

The Idea of Her

Linkfire to the album

Linkfire to the song